Don’t Be Salty! 5 Reasons to Rust Proof Your Vehicle

No, seriously, rust proof your car. Springtime, while almost unanimously enjoyed because of warmer weather, presents a potential risk for your vehicle: rust. As the temperatures rise, the leftover salt in the crevices, nooks, and crannies on your car begin to take action. The chemicals react quicker and more powerfully in warmer, more humid, conditions, leaving your car vulnerable to rust. Rust Check is ok to apply at any time of the year as it is just as effective in the spring and summer as it is in the fall and winter.

While you begin your spring cleaning around the house, be sure to treat your car similarly. Protect it against corrosion with Rust Check Corrosion protection.

Some people treat their cars as toys, some view them as part of the family, and some people get mad when you breathe too close to their car. In all cases, one thing remains constant: your car is an important investment.

Nobody likes throwing money away (we hope). So you get constant oil changes, tire rotations, annual inspections and more to keep your car fine-tuned and running smoothly. To keep it looking slick, you get a car wash once every week or so, throw a wax on monthly, and even tire shine the wheels.

One step you’re forgetting is to rust proof your car with Rust Check. Not only does this service help your ride look good by preventing corrosion, it also helps performance-wise. Vehicles are more susceptible to breaking down and frame failure when rust is present. So, in a way, rust proofing your car, providing that undercoating protection, is a better investment than the activities above because it accomplishes two tasks in one service.

Chances are if you’re reading this, you are located in the Central New York area. You know all about Hofmann Hot Dogs, Syracuse basketball, the Great New York State Fair and…dreadful winters. Syracuse may be called the Salt City due to its immense presence in the salt industry in the 18th and 19th Centuries, but it could also apply to the ridiculous amount of salt the plows pour on our roads.

Normally, you can expect to find salt on the roads from October through April. That’s seven months (more than half for all you math experts) of the year! Your back isn’t the only one taking a beating from shoveling so much snow; your car fears the winter almost as much as you. When you don’t rust proof, you’re harming your vehicle.

After the harsh Central New York winters, salt and salt residue remain in the tight seams of your vehicle. As the outside temperature rises, humidity causes the residue to reactivate. By applying Rust Check after the winter, the salt residue can be neutralized, and your vehicle can be protected for another year. Is there any advantage to waiting until the fall? Not really. That’s the beauty of Rust Check. Any time is the right time for Rust Check Corrosion Protection.

Rust has always caused trouble for car owners. Not only does it make vehicles look worn down, but rust also affects performance and durability. It’s no secret that automobile manufacturers have improved their defenses and have recently tried to defeat the rust problem altogether.

Some say they’ve succeeded. And they have, to an extent. The truth is, automakers have done a fantastic job combating rust by applying newly formulated protectants, sealants and more to the vehicles they produce.

The problem? Just as they have evolved, so too have those who maintain our roads. Transportation and road maintenance departments are constantly searching for more efficient solutions for snow, ice, and other deterring elements. The new-found chemicals and other potentially hazardous materials could make ice and snow disappear, yet could conjure up rust to your vehicle. Rust proofing with Rust Check protects your car from both the known and unknown. Once again, the beauty of Rust Check is you can get your car rust proofed any time of the year; avoid the wait this fall and winter and get a step ahead on protecting your car!

Previous Post: Is It Time To Replace Your Replace Your Vehicle, Or Should You Spend A Little More To Keep It Going? »

Leave Us A Review Today! 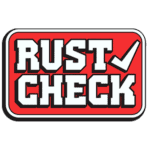